Up to 50% off selected styles, plus an extra 10% off everything.

Up to 50% off selected styles, plus an extra 10% off everything.

House Prices Across the World 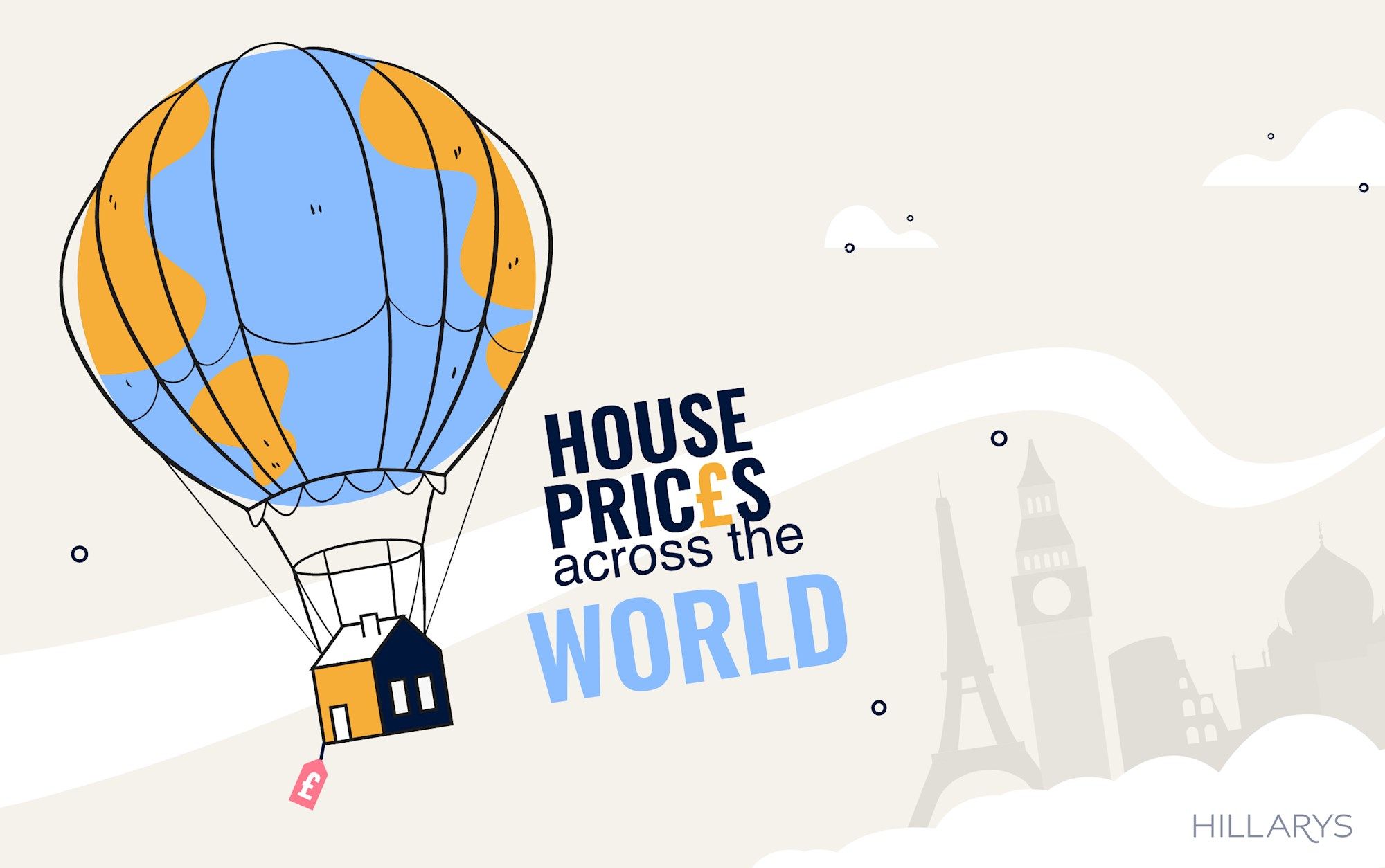 Buying a house and moving abroad are two of the most stressful life experiences so the team at Hillarys wanted to crunch the numbers to see where in the world is the most and least affordable to own a home.

We took the average house prices for capital cities across the most populated countries in the world. Using these figures, and each country’s interest rates and mortgage terms, we were then able to calculate mortgage repayments based on having a 20% deposit.

Taking average salaries for the same locations, we were also able to determine what percentage would be needed to cover monthly mortgage repayments and how this compares to the average recommendation that housing costs should be no more than 30% of our income. 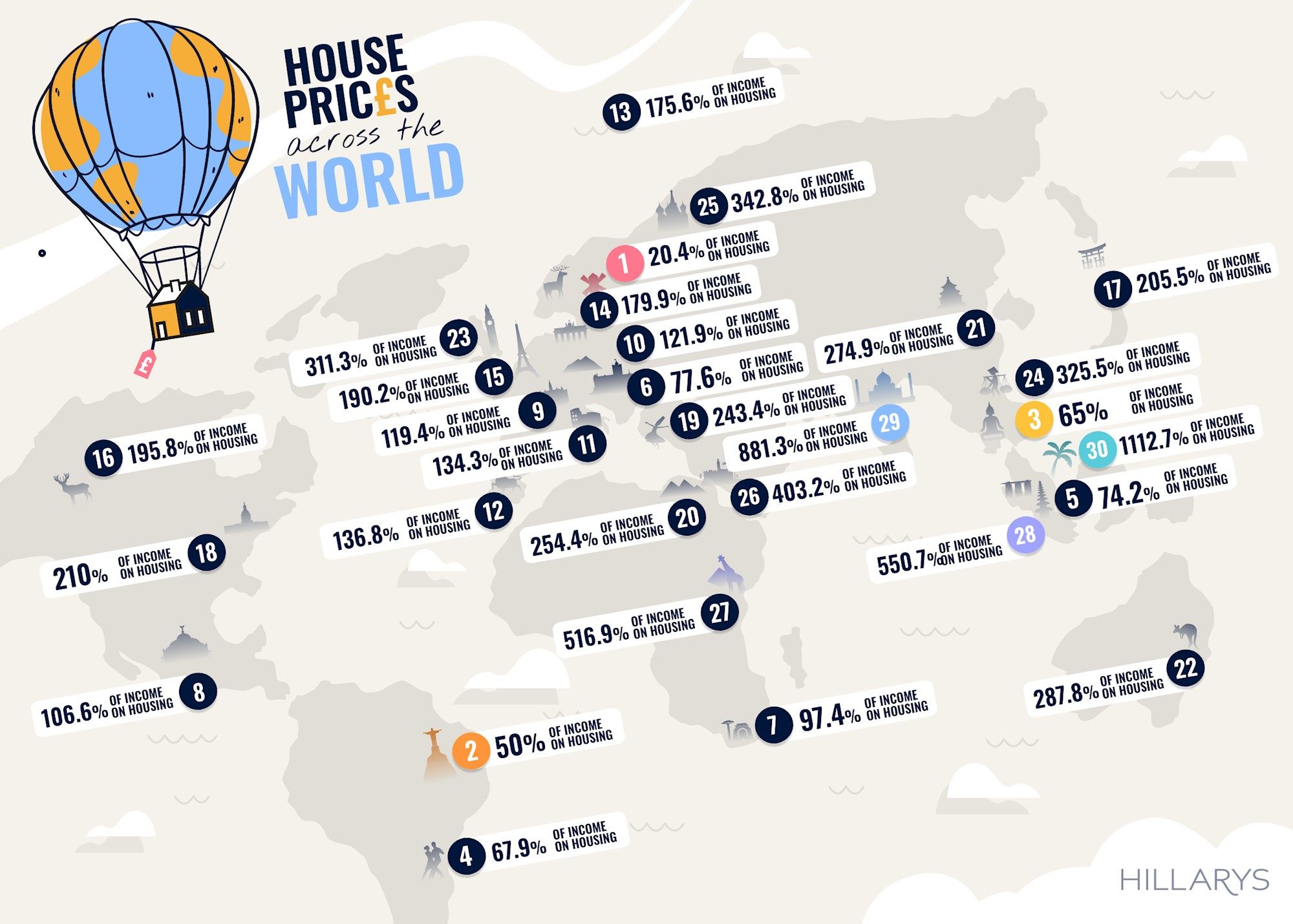 The most expensive place to own a house in the world is the Philippines where the monthly mortgage repayments are £5,079.82. The average salary here is low in comparison to other countries so, for someone living in the Philippines, a whopping 1112.7% of their monthly salary would be needed to cover their mortgage. That’s over thirty times more than the recommended 30%! 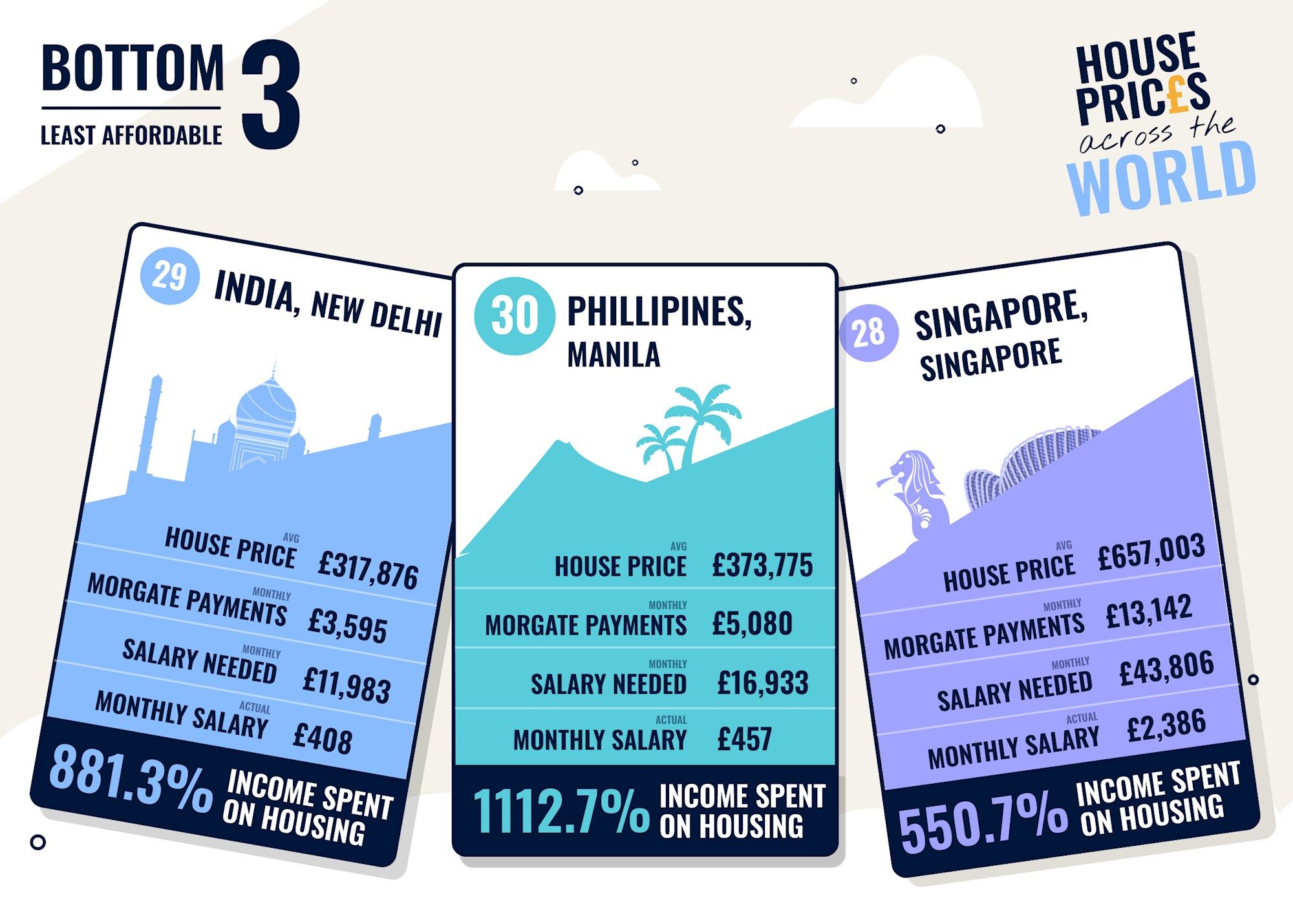 Contrastingly, the most affordable place to buy a house is in Poland where the monthly mortgage repayments are just £324.84. On average those living in Poland earn £1590.63 a month, meaning just 20.4% of their salary is needed towards their mortgage.  Average house prices were also considerably cheaper in Brazil, Thailand and Argentina where less than 70% of the average salary would be needed towards house costs. 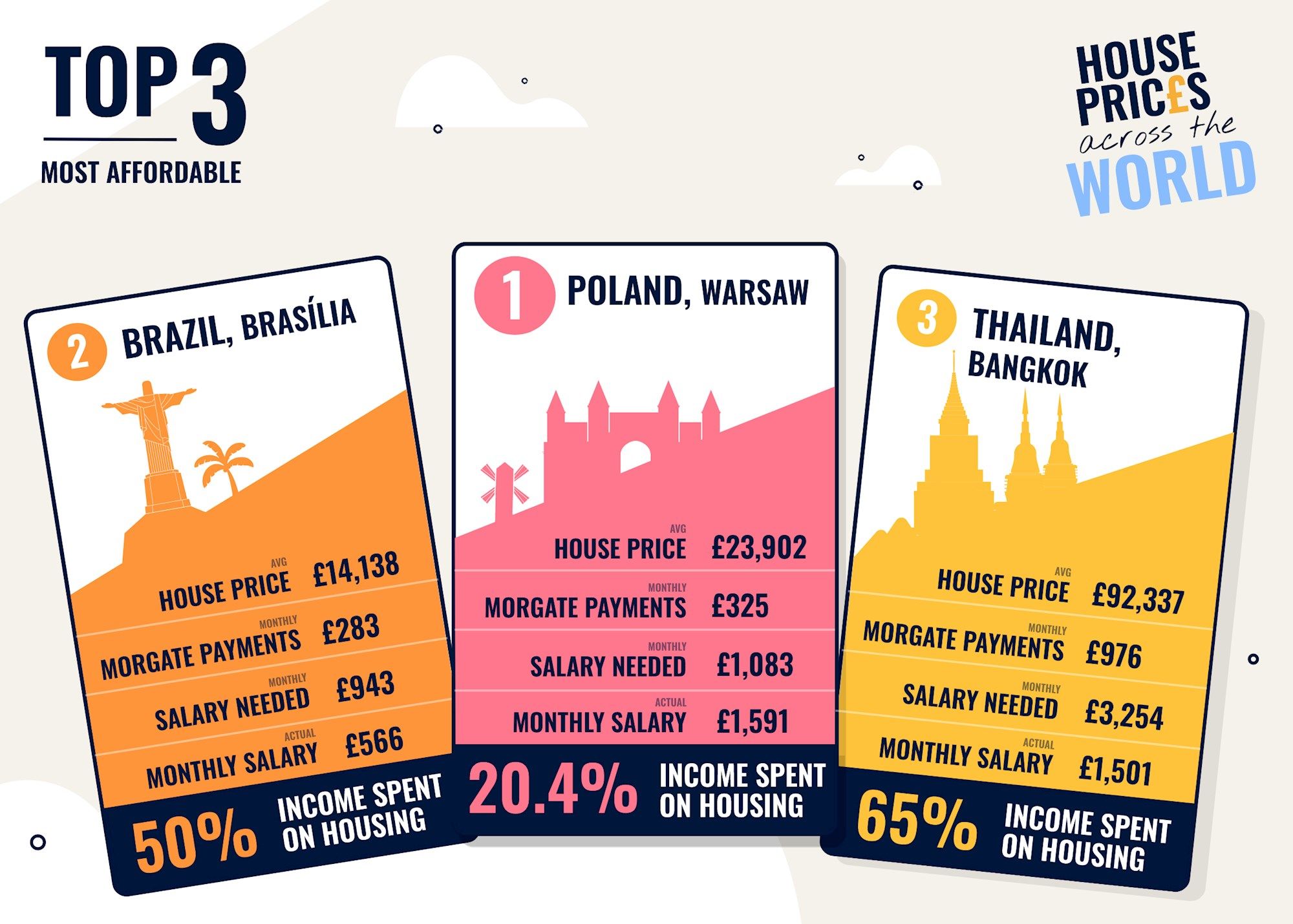 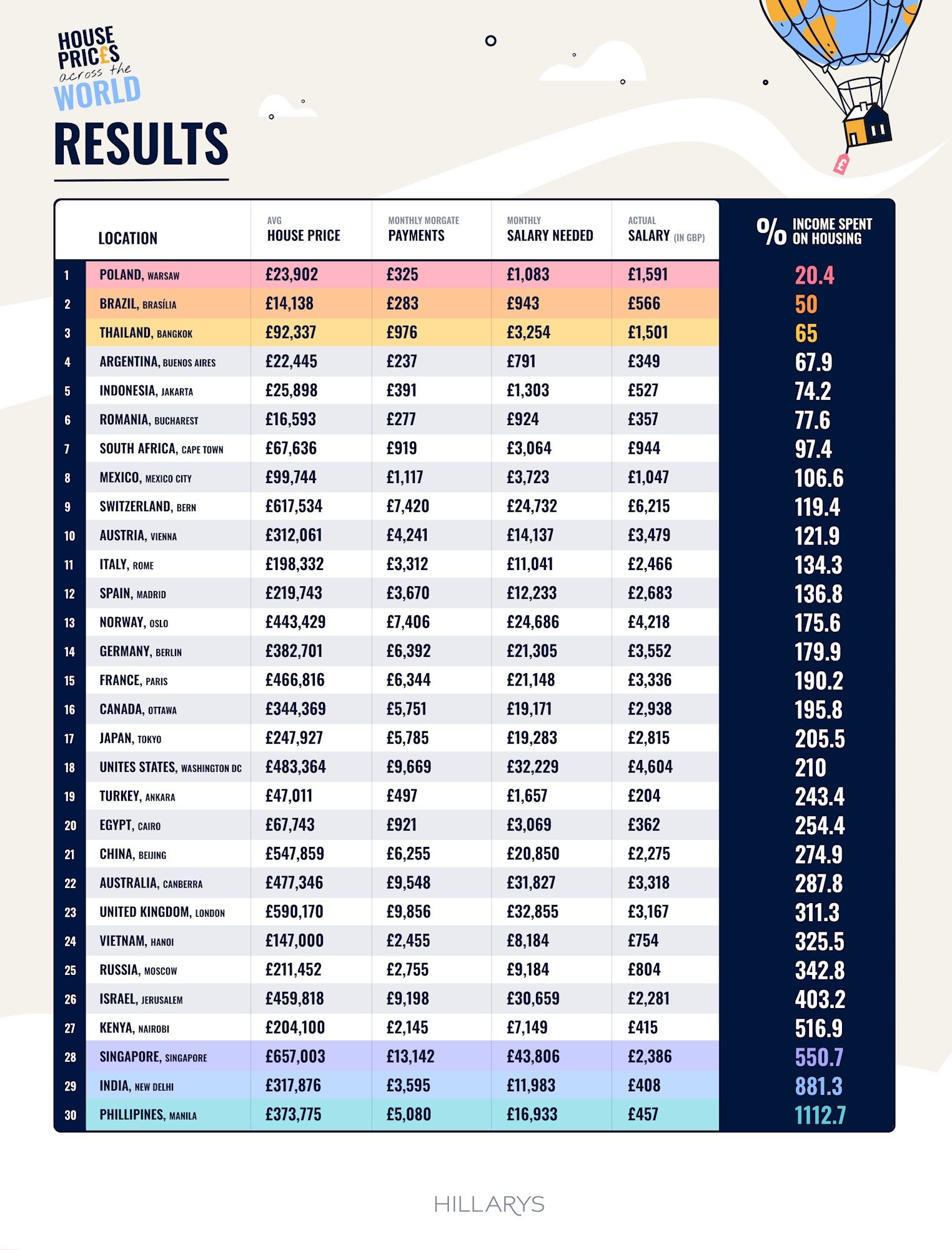