Hillarys uses cookies to enhance your experience of our site. By continuing to browse you consent to our use of cookies. Find out more

Up to 50% off selected blinds, curtains & shutters

Great value, all measured, made & fitted for you

Infographics Reveal UK’s Most Popular Hobbies Picked Up During Lockdown

We have created two new infographics that delve into the hobbies taken up by UK residents throughout lockdown. One looks at the most popular hobbies based on region of the UK, while the other looks at which hobbies have seen the highest increase in online searches since March 23rd. 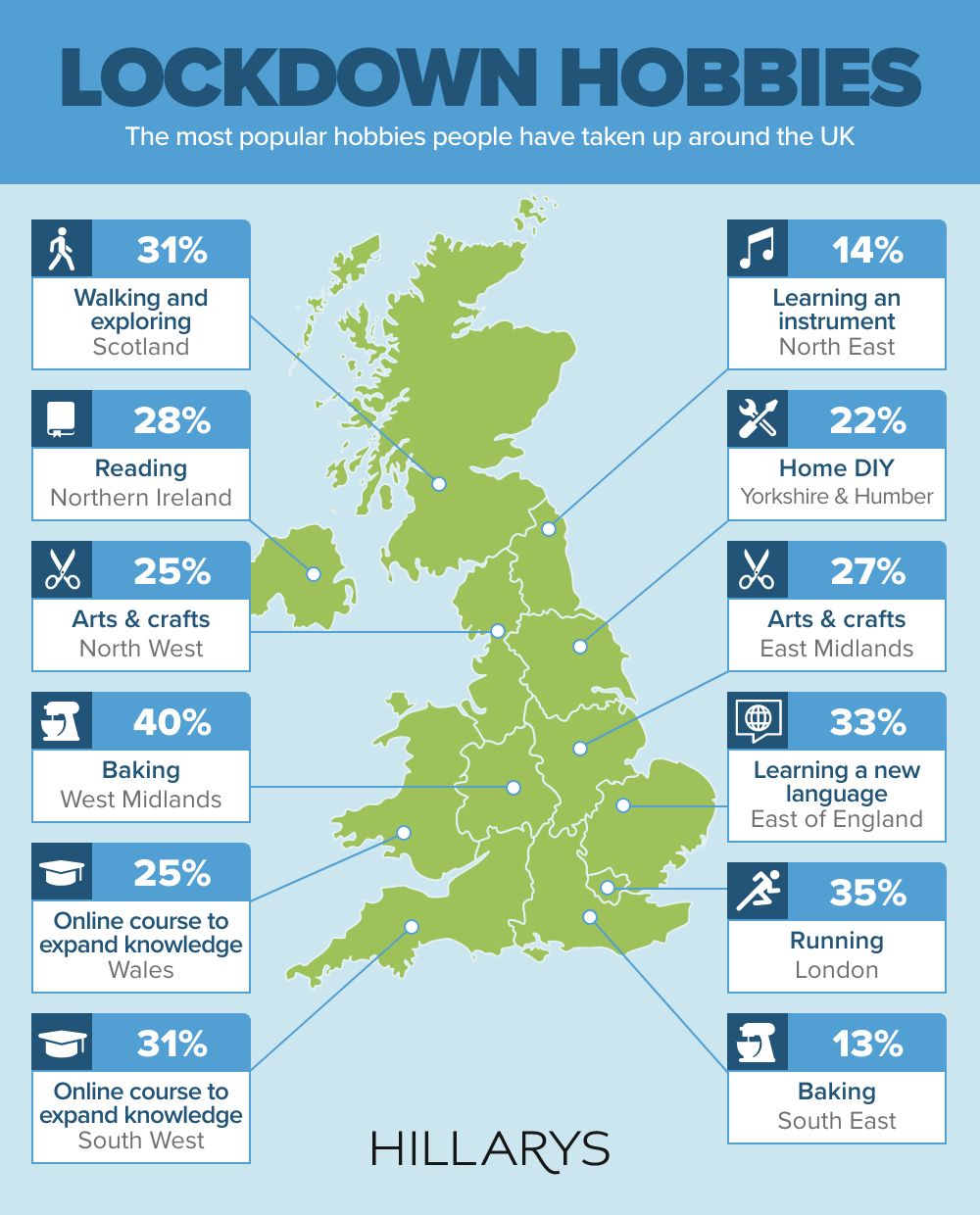 The image displays the most common hobbies picked up by region, which were found to be:

A second infographic has also been created after the team analysed online searches around keywords and phrases relating to a large variety of hobbies, with the infographic depicting which hobbies have proven to also be popular throughout lockdown in the UK based on how much of an increase they’ve found in online searches. Zoom quizzes saw the highest online search increase (+4,650%), while ‘rock painting’ (+3,850%) was not far behind.

“As so many people were furloughed or found themselves working from home, even just generally being home much more than they were used to, many chose to pass the time by taking up a new hobby or two. Some no doubt picked up an old hobby that they may have struggled to find time for recently, while other may have tried their hand at something new altogether, whatever it was it’s great to see so many people across the UK keeping themselves busy and learning new skills. Hopefully this will continue and people don’t quit now that we have returned to some level of normality.”

Order up to 8 free samples and get them delivered in 2-3 working days.